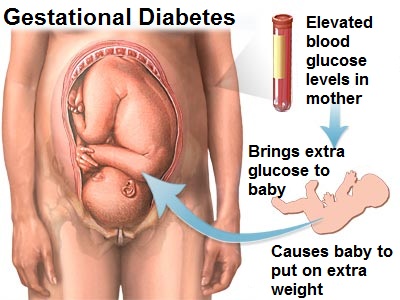 WHAT IS GESTATIONAL DIABETES?

This is the first question about gestational diabetes that will come into people’s mind, especially those that are hearing it for the 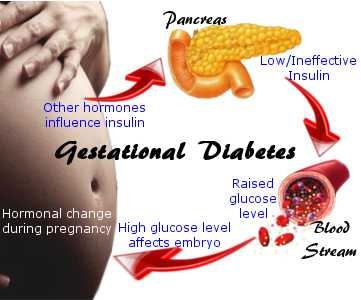 This question, about gestational diabetes, out of many others, that people are most curious about, which is the question of “why?”

During pregnancy; some larger amounts of hormones are produced by the body of a woman. This hormones which are human placenta

lactogen, estrogen and cortisol, are developed in the placenta. The placenta, which connects your baby to your blood supply, the baby as it grows and helps sustain the pregnancy. Also, these hormones from the placenta help the baby to develop. But over the time, the amount of these hormones increases, thereby interfering with the action of the mother’s insulin in her body. This is called insulin resistance.

Insulin is the hormone that regulates blood sugar. it helps to move glucose out of the blood and into the body cells, and that is where it is used for energy. Because of these large amount of hormones from the placenta that prevent insulin from working effectively or where there is no enough insulin in the mother, the blood glucose levels go up, and this is what cause gestational diabetes in pregnant women.

There may be need for the mother to make use of three times as much insulin, but insulin resistance do make it hard for the mother’s body to use insulin. .However, the pancreas usually is able to compensate for the resistance of insulin by increasing the production of insulin to about three times the normal amount, but if your pancreas cannot sufficiently increase the production of insulin in order to overcome the effect of the increased hormones in the placenta, there will be a rise in the blood sugar levels will thereby causing gestational diabetes.

This brings us to hyperglycaemia, which is a situation whereby glucose builds up in the blood to high levels because it cannot leave the blood and be changed to energy as a result of inadequate insulin. One thing about gestational diabetes is that your blood sugar (glucose) levels are higher than normal. Gestational diabetes is caused by the inability of the mother’s body to make and use all the insulin it needs for pregnant.

WHAT ARE THE SYMPTOMS OF GESTATIONAL DIABETES?

GESTATIONAL DIABETES – WHAT THE FACTORS THAT INCREASE YOUR RISK?

You have a high risk of developing gestational diabetes:

WHO SHOULD YOU SEE ABOUT GESTATIONAL DIABETES

Some of the Health professionals that you can talk to about gestational diabetes that can diagnose and help in managing and controlling it include:

WHAT TEST CAN BE USED TO MONITOR MY HEALTH AND THAT OF MY BABY? 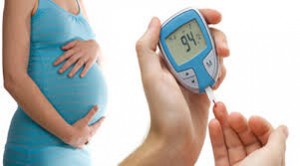 After it has been confirmed that you have gestational diabetes, your doctor will check your blood pressure every time you visit. There will also be certain tests throughout your pregnancy period that will be used to check your health and that of your baby’s. These tests include:

HOW CAN GESTATIONAL DIABETES AFFECT MY BABY? 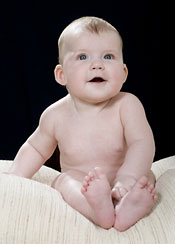 Gestational Diabetes can affect the baby in the following ways:

women don’t develop gestational diabetes until after the 20th week of pregnancy, and that is when the baby in the womb has already fully developed. If a woman has diabetes that was not diagnosed before pregnancy, then the risk of birth defects is high but if you have gestational diabetes, your baby may not likely develop type 1 diabetes during childhood. However, the child is likely to be overweight throughout life.

HOW IS GESTATIONAL DIABETES TREATED?

Most of the women that have gestational diabetes during pregnancy often give birth to healthy babies so to promote healthy pregnancy are left for you. The first way that you can treat gestational diabetes is by changing your eating habits and exercising regularly. If your blood sugar levels are too high, you may need diabetes medicine or insulin shots. You will have to work together with your doctor or other health professionals in order to develop a treatment plan that will be just for you. Another thing is that to be able to manage gestational diabetes, you need to make healthy choices and be able to make changes in your life style as his will go alone way to help you prevent diabetes in the future.. Controlling your blood sugar level is an important part in preventing complications associated with pregnancy and giving birth.

GESTATIONAL DIABETES – ARE THERE NATURAL TREATMENT? 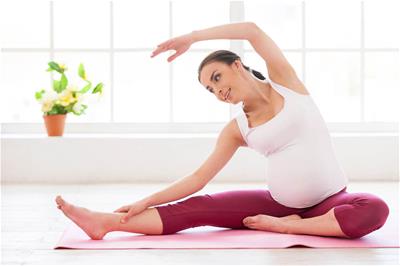 You can lower your blood glucose levels. And reduce insulin resistance after regular and moderate exercise. This also helps the body use to use insulin better. And this helps to control your blood sugar level. You may want to try special exercise classes that are for pregnant women or other activities that are of low-impact such as swimming or walking fast, cycling, going up and down the stairs is also a good way to increase your heart rate.

A wonderful way to start the treatment or prevention of gestational diabetes is to put yourself on a strict schedule of nutritional intake. Another great way to stay healthy during pregnancy is by eating well. One thing about gestational diabetes, is being able to choose the right type of food. There’s possibility of keeping your blood sugar level under control as long as you are able to change what you eat. One of the main sources of energy for your body is Sugar (glucose). Examples of the foods that release energy slowly and evenly into your body are: porridge, low-fat yoghurt, whole grains cereals, bread with boiled egg,

Try to always pair your meals with a protein. It is essential for growth and development of your baby.

Cut down on sugary foods and drinks: Diabetes is mostly common and associated with obesity and sugary foods. A great way to protect yourself from gestational diabetes is to remove sugar from your diets completely, so try to cut down or give up sweet things including desserts

Vitamin C is a common vitamin. But this does not mean that pregnant women do have enough of it. And even though vitamin D isn’t the type of vitamin that gets as much attention as others, it is important for thorough absorption of key vitamins and nutrients which include phosphate, iron, magnesium and calcium. Vitamin D is also known to help in stimulating the way bacteria that are beneficial to the body grows and this is necessary for healthy pregnancy.

There is an ongoing and widespread research into herbal remedies that can control. And manage gestational diabetes but the effects of astragalus have been shown to be the strongest.

GESTATIONAL DIABETES – WHAT MEDICATIONS CAN BE ADOPTED?

What happens if exercising and diet fail to control your blood sugar levels? Most women have been able to 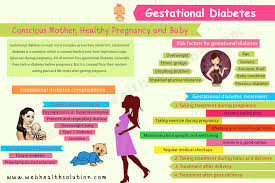 control and mange gestational diabetes with some changes in their lifestyle in regard to eating exercising mostly but in case there are no positive changes after all these. There is need to take diabetes medicines like metformin, insulin and glyburide. Your doctor will teach you how to give yourself insulin shot if he thinks your baby is getting too large. Managing diabetes is with insulin, Thus, in case dietary and exercising aren’t working for that purpose.

The amount of insulin you will need will depend on how close you are to your due date. Sometimes how much you weigh and this will be calculated by tour physician. Simply because it is very likely that the amount of insulin that your body will require might increase as your pregnancy advances. But this doesn’t that your condition is getting bad.

CAN WOMEN WITH GESTATIONAL DIABETES BREASTFEED THEIR BABY?

Yes, unless they have been advised against it by their doctor or their health care team.  Breastfeeding is recommended for all mothers that already have diabetes or gestational diabetes.

DO I STILL NEED TO RECHECK MY GLUCOSE LEVEL AFTER GIVING BIRTH?

Yes, there is need to recheck your glucose level after giving birth in about 6-8 weeks after delivery. Although after delivery, once the placenta has been removed, progesterone which is the main source of anti-insulin hormone is gone.  After delivery, there will be hormone changes which will cause your insulin requirements to drop. And also your body will release any leftover insulin that had built up. Thus, bringing everything to normal but you still run the risk of developing type 2 diabetes later in the future. Talking about the next 10 to 20 years.

HOW IS GESTATIONAL DIABETES DIFFERENT FROM OTHER TYPE OF DIABETES?

There are different types of diabetes but what makes gestational diabetes different from other types is the fact that it begins during pregnancy and end right after delivery. 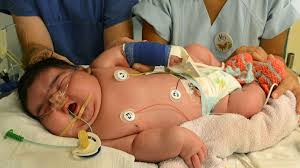 HOW CAN I SLOW WEIGHT GAIN DURING PREGNANCY?

For women with gestational diabetes, gaining too much weight while pregnant will surely make the blood sugar levels to become higher than the normal range but it is not so easy to slow down weight gain during pregnancy which is why you have to do away with meat that are high in fats, avoid frying your foods Season with herbs instead of sauces and also avoid using oil for salad. You can use lemon juice or vinegar.

All the above questions are majority of most frequently asked questions about gestational diabetes. Having 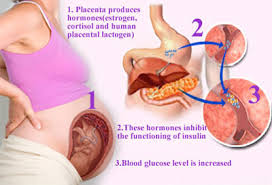 gone through the answers to this questions. I believe your curiosity about gestational diabetes have been satisfactorily met to some extent. And this will help you have enough knowledge about this medical condition. Hence, that you will know how to deal with it in regard to who you should consult. How to manage it, the dos and don’ts, and knowing the consequences of not treating it and so on. Now, you know you have a great deal of role to play in having a healthy pregnancy. And also successful delivery which will depend on the choices you make. Most especially concerning your lifestyle as I hope this article about gestational diabetes have made it easier for you.