Can the world be Diabetes Free? 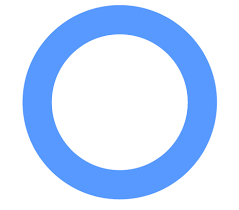 Very few people will agree with me if I say that Diabetes kills more Americans each year than breast cancer and AIDS combined. Yet, this is a statement of facts. Another fact is that over 130 people will develop kidney failure because of diabetes in the next 24 hours. If we put faces into these numbers that will translate to about 50,000 friends, neighbors, co-workers or family members every year. I do not mean to be negative today but the challenges of diabetes is very practical for our generation. It also makes one wonder if the world can truly be diabetes free.

This question on whether the world can be diabetes free first came to my mind about two months ago during the world diabetes day. World Diabetes Day (WDD) is the special day designated to raise more awareness about diabetes. It is celebrated annually on November 14. The day was created in 1991 by International Diabetes Federation (IDF) and the World Health Organization in response to growing concerns about the escalating health threat posed by diabetes. The one celebrated on Nov 14th 2014 really cut my attention. I really see the day as a special opportunity to unite the global diabetes community to produce a powerful voice for diabetes awareness and advocacy so as to engage more people to bring the diabetes epidemic into the public spotlight. It is a day I started asking myself the question if the world can really be diabetes free.

Why write about diabetes free world

My goal with this right up today is not for us to have an explicit answer to the question of whether the world can be diabetes free, but to draw your attention to some things I found out since November. First on the list is the Infographic titled “A Snapshot of Diabetes in America”. The infographic was produced by Centers for Disease Control and Prevention (CDC). The CDC is one of the major operating components of the Department of Health and Human Services. The diabetes infographic was divided into five different segment. The first segment focus on Diabetes while the second segment address PreDiabetes.

The third segment highlight more about the Cost associated with diabetes and the fourth segment discourse types of diabetes. The last is actually the call to action which was titled “What Can You do”. It was this last segment that necessitated this write up which I consider as my own response to the call for action.

For the sake of space I will only talk about the first segment in this article while I will address the remaining segment in subsequent article. However, you can download the PDF of the infographics here.

Diabetes in the United States

It was astonishing to me when I learnt that about 30 million people suffers from diabetes in the United States. That’s about 3 people in my class of 32. What is my surprise? However, the fact that one out of every four people do not know they have diabetes. This was my first point of call when I was ruminating on the question of whether the world can be diabetes free.

Firstly, we can solve the problem we are not aware of. So, if twenty five percent of people that have diabetes do not know they have diabetes it means we have a lot of work to do as far as awareness on testing for diabetes is concerned. So, there will be need for all hands to be on deck in coming out with strategy to rid the world of diabetes but we must do all we can to help people facing the challenges beat the disease.

Is diabetes free a solution to rid world of diabetes?

The second thing I want to talk about is about one diabetes free program I came across few weeks ago. Before I talked about this program. I thereby think there might be need for me to backtrack for the sake of people that are not yet aware about what diabetes is. Well let me attempt to describe it in one sentence. Diabetes is a chronic disease that occurs when the pancreas is either unable to make insulin or when the body is unable to make good use of the insulin it produces. Most existing diabetes programs and medication focus on the presence of high glucose levels and insulin. Because of these, diabetes patients are typically required to take injections or medication to restrain their blood sugar levels.

Diabetes free program caught my attention as result of some of the claims of the author, Dr David Pearson. He argues that diabetes medication that focus on the presence of high glucose levels and insulin is simply managing the disease without necessary addressing the root cause of the problem. He went ahead to say that “Not only is a complete solution and cure for diabetes possible but already scientifically proven”.  As if this was not enough, he also went ahead to claim that Insulin is not the most effective means to regulate blood sugar.

I was both skeptical and hopeful when I heard Dr David Pearson talking about diabetes free program. I know of a couple of people who have already subscribe to this new self-help book and training course. They’ve was said to be created specifically to address the root cause of diabetes using completely natural treatment. There have positive testimonies so far about the program and I am getting more hopeful.

If diabetes free book of Dr David Pearson becomes widely known and able to fulfill most of the promise made. It will seem the world might be able to be truly diabetes free one day. But time will tell it all.

You can read more about diabetes free program here.

1 thought on “Can the world be Diabetes Free?”