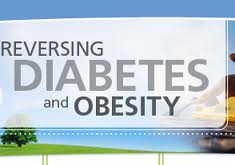 Few weeks ago I wrote an article title “Can the world be diabetes free”. There have been a lot of positive feedback since them from various people in our community. I have always dream of a diabetes free world, I guess that’s why I often get connected with people with the same dream. Few days ago a friend of mine direct my attention to an article in Science magazine about one particular compound called DNP as a possible cure for diabetes.

Well, DNP simply stands for 2,4-Dinitrophenol. According to Wikipedia, DNP is a crystalline and yellow organic compound that has a sweet, musty odor. My friend on the other had describe it as a strong but risky weight loss drug with potential of being a cure for type 2 diabetes. 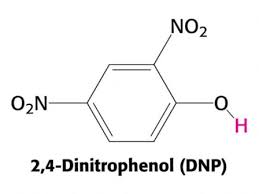 Well, before I tell you what I think about this supposed diabetes free compound, let’s explore what DNP is all about first. DNP is actually more popular in our daily life than we think. The compound is often commercial used as an antiseptic. There have also been a record of it being used to make photographic developer and explosives. About a century ago, DNP became popular as a powerful weight loss drug. This supposed “diabetes free agent” was banned from any use in humans since 1938. It was actually banned not because it doesn’t work for weight loss but because it has the potential to kill by overheating the body.

DNP works as a dieting pill by stimulating mitochondria cells to produce more heat. Mitochondria cells are those cells responsible for producing energy in the body. As a result, DNP basically helps to literally burn calories in the body. The negative side of this is that if the drug is taken in too high doses, it can cause the mitochondria to basically cook the body. So, the factor that limits ever-increasing doses of DNP is not a lack of ATP energy production, but the rather unwarranted rise in body temperature.

The great news about DNP now came from recent work of Researchers from Yale where they have been testing the effects of low doses of DNP on rodents as a method of reducing fat in the liver and improving insulin sensitivity. Their previous research have shown that DNP no longer becomes toxic when taken in low doses. The results of these researchers of how DNP significantly reduce blood glucose and triglyceride levels and also lower levels of circulating insulin and thus demonstrating improved insulin sensitivity, could lead to a breakthrough that will make the world diabetes free.

The next stage of the research reported in the publication involved a test using a formulation called CRMP. CRMP is an oral and controlled release form of DNP. It was surprising to observe that the results of CRMP also showed that it resulted in similar positive effects as DNP . The process helped to reverse both fatty liver disease and the insulin resistance of type 2 diabetes. I guess the project of making the world diabetes free is nearer than we previously thought. As at now, no adverse effects have been observed with the rodent study. There will still be need for more rigorous safety tests to be carried out before human trials can commence.

Until this technology is perfected, below is the link of the best solution for diabetes. And what I think could help make our world diabetes free at the moment.

8 thoughts on “Reversing diabetes and obesity – Can DNP make the World Diabetes Free?”