Experts have said that Type 1 Diabetes is more deadly for women than it is for men. However, they aren’t sure why, but better treatment and support is needed for the research on both sexes. 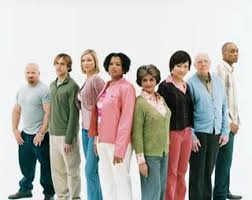 A researcher named Rachel Huxley. A director of the Queensland Clinical Trials and Biostatistics Center at the University of Queensland in Herston, Australia. He once said that Type 1 diabetes increases the risk of premature death in both male and female.  But thereafter stated that type 1 diabetes is much more life-threatening to women than men with the condition.

A Little About Type 1 Diabetes…

Type 1 diabetes is an autoimmune disease that harms cells that produce insulin in the pancreas. The hormone Insulin is needed to convert sugars, starches and other types of food into energy. The global incidence of type 1 diabetes in children that are 14 years old and younger has risen by 3% every year since the year 1989. In the USA, about 15,000 children are diagnosed with type 1 diabetes each year. And 15,000 adults are diagnosed with the same disease every year, according to the analysts.

Because those with type 1 diabetes do not produce their own insulin. They must replace this hormone with multiple daily injection shots. Or with an insulin pump that has a tiny tube thrusted underneath the skin to supply the insulin.

However, there is need to change insulin constantly, depending on the kind of food eaten, level of activity or even stress. This makes it very hard to get the dose right. When insufficient insulin is supplied, blood sugar levels ascend. This has caused dangerous issues, like a high risk of heart disease.

Further, too much insulin can result in low blood sugar levels 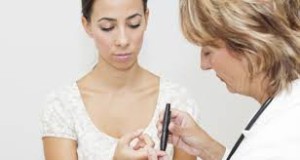 which is also known as hypoglycemia, and can quickly cause some uncomfortable symptoms, like sweating, irritability, nausea and confusion. If hypoglycemia is left untreated, it can lead to unconsciousness and death, according to the Juvenile Diabetes Research Foundation.

Women may have trouble controlling their blood sugar levels. This is due to some factors, like changing hormone levels – especially at puberty — which affects the sensitivity of the body to insulin and causes variations in blood sugar levels, according to Huxley. The researchers also conjectured that high blood sugar levels will cause more harm to women’s blood vessels than it will to men.

Huxley further said that the findings suggest that little girls and women with type 1 diabetes may need extra monitoring, not only to make sure that their blood sugar levels are been kept under control, but also to ensure that their levels for other risk factors, like blood pressure, are also carefully monitored.

Irrespective of someone sex, as soon as the person is diagnosed with type 1 diabetes they should get assistance and support in managing their health and also the risk factor levels for stroke and heart disease. 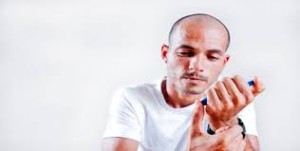 A professor of medicine at the University of Western Sydney in Penrith, Australia, and also the author of an accompanying journal editorial said that out of those without diabetes, women live longer than men do. But this advantage does not apply among women with type 1 diabetes. He also said that both women and men with type 1 diabetes are dying much younger that they should die.

Simmons said he does not know why this imbalance exists, but too much sugar may cause more danger to the blood vessel of women than to men. it might be needed for women to be treated earlier with drugs to prevent stroke and heart disease.

He does not think blood sugar control is worse in females than it is in males. However, those with type 1 diabetes need better ways of managing their blood sugar so as to prevent the occurrence of hypoglycemia. Hypoglycemia can be deadly and take a toll on overall health.

Many of the deaths among men and women can be prevented with better access. This is with the methods that can be used to control blood sugar, like insulin pumps. But there is need to research why these early deaths are occurring.

However, many online programs that have helped to change the story of many people with type 1 diabetes (male or female). Using this tested and trusted program has helped thousands of Americans to naturally cure their diabetic condition. This discovery did medical doctor by the name Dr David Pearson made (Diabetes Free program). To read more on this program you can click here. This might be a solution to your medical condition. 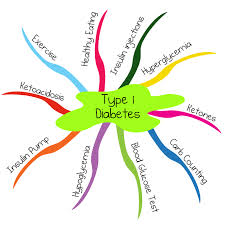