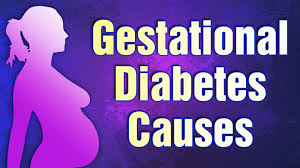 WHAT IS GESTATIONAL DIABETES? 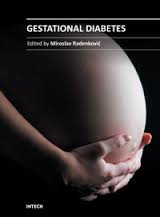 So, Some of The Known Causes of Gestational Diabetes Are:

But another thing is the fact that some of the women who develop gestational diabetes have no risk factors.

WHAT ARE THE CAUSES OF GESTATIONAL DIABETES?

As of now, we still don’t know the exact causes of gestational diabetes but some clues are available to us. Experts believe that the hormones in the body of a pregnant woman play a role in the causes of Gestational Diabetes. For you to understand how gestational diabetes occurs. It will help to first understand how pregnancy affects your body’s glucose processing. Your body usually digest the food you eat so as to produce sugar (glucose) that enters your bloodstream. In response, your pancreas, which is a large gland behind your stomach, produces insulin.  It is normal for elevation of blood sugar after meals to happen while you are pregnant.

During pregnancy, some larger amounts of hormones are produced by the body of a woman. These hormones 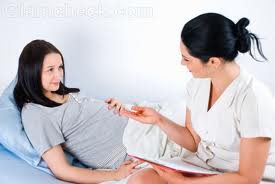 which are human placenta lactogen, estrogen and cortisol, are developed in the placenta. The placenta, which connects your baby to your blood supply,supports the baby as it grows and helps sustain the pregnancy. Also, these hormones from the placenta help the baby to develop. But over the time, the amount of these hormones increases, thereby interfering with the action of the mother’s insulin in her body. This is called insulin resistance.

Insulin is the hormone that regulates blood sugar. It helps to move glucose out of the blood and into the body cells. For energy this is required. Because of these large amount of hormones from the placenta that prevent insulin from working effectively or where there is no enough insulin in the mother, the blood glucose levels go up, and this is what cause gestational diabetes in pregnant women.

There may be need for the mother to make use of three times as much insulin. But insulin resistance do make it hard for the mother’s body to use insulin. . However, the pancreas usually is able to compensate for the resistance of insulin by increasing the production of insulin to about three times the normal amount, but if your pancreas cannot sufficiently increase the production of insulin in order to overcome the effect of the increased hormones in the placenta, there will be a rise in the blood sugar levels will thereby causing gestational diabetes. This brings us to hyperglycaemia, which is a situation whereby glucose builds up in the blood to high levels because it cannot leave the blood and be changed to energy as a result of inadequate insulin.

Gestational Diabetes doesn’t normally bring symptoms. This is why there is need to get tested for it. This

can however be done between the 24th and 28th weeks of the pregnancy. Most times, pregnant women that have been with Gestational Diabetes don’t usually know so it will be safer to know some of the symptoms which are also symptoms of low blood sugar which are:

How Does Gestational Diabetes Affect Your Baby?

A poor control of gestational diabetes can cause harm to babies. In a situation where a mother has gestational diabetes. The pancreas works overtime to produce insulin, but the insulin does not lower your blood glucose levels. Even though insulin does not cross the placenta, but glucose and other nutrients do which makes extra blood glucose go through the placenta. And this gives the baby high blood glucose levels thereby causing the baby’s pancreas to make extra insulin in order to get rid of the blood glucose. And since the baby is getting enough energy and even more than it needs to grow and develop, this makes the extra energy to be stored as fat.

Gestational Diabetes can affect the baby in the following ways.